In and around Kathmandu there are several IDP (Internally Displaced Persons) Camps, which were set up for people from Tatopani, in the Sindhupalchok region. This region was badly affected by the earthquake and almost everyone lost their homes. All Hands Volunteers has built community centres and water stations in one of those camps and dug trenches at the start of monsoon season in order to prevent the camp from flooding and diseases spreading. At some point they had about 1,800 people living there, but now they have had to send families away due to water and supply shortages. Also now that the roads are clear again, people can actually start returning home. Currently there’s still about 500 people living there. As these people are not from the Kathmandu region, they have no jobs, many can’t go to school, and basically have nothing to do all day. A team of AHV goes there each Friday to bring some entertainment and education.

I went and did some origami. I can’t actually do any origami so I had to learn with the other kids first and afterwards I made a whole lot of boxes. A couple of boys found my camera interesting, so I walked with them through the the camp and let them take pictures. I was hoping they would show me some interesting things, but they mainly took pictures of me and then got distracted by a game of throwing coins of which the rules didn’t really become clear to me even after watching it for about 10 minutes. In general, the amount of games they play here is immense. They use coins, dice, shells, little stones and then shove, throw, roll them on the ground, a leather patch, or some type of board.

A couple of other volunteers were teaching English and got a story going which got very depressing as all the birds died. The end.

We also played some football and jump rope in the heat, which resulted in many laughs all around. It’s been really nice to be able to spend a day with these people, talk to them, play with them and getting to know them a little.

A few days ago All Hands had an auction amongst all volunteers and staff here to sell any goods and services they could offer (paid dates, massages, hugs, chocolate) to raise money to buy school supplies for the school in Tatopani that has just been reopened. It was a massive succes, and they raised enough money to actually supply a second school with books and art supplies 🙂 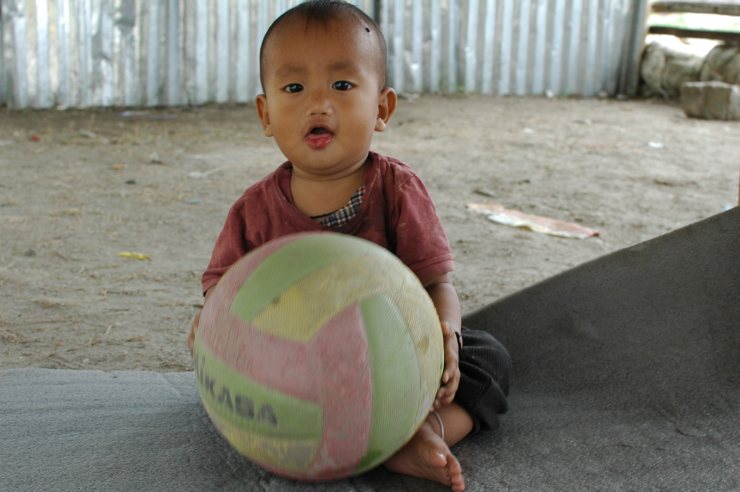 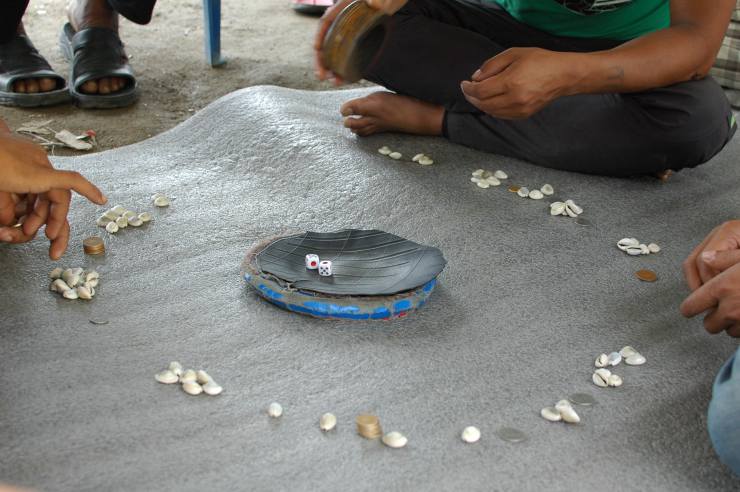 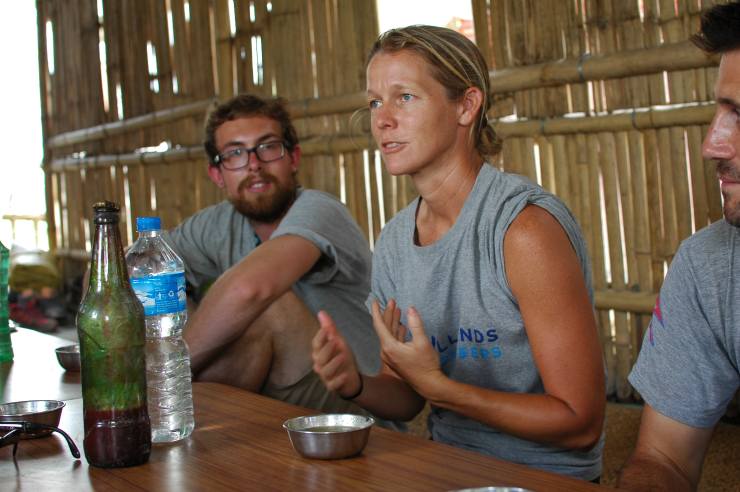 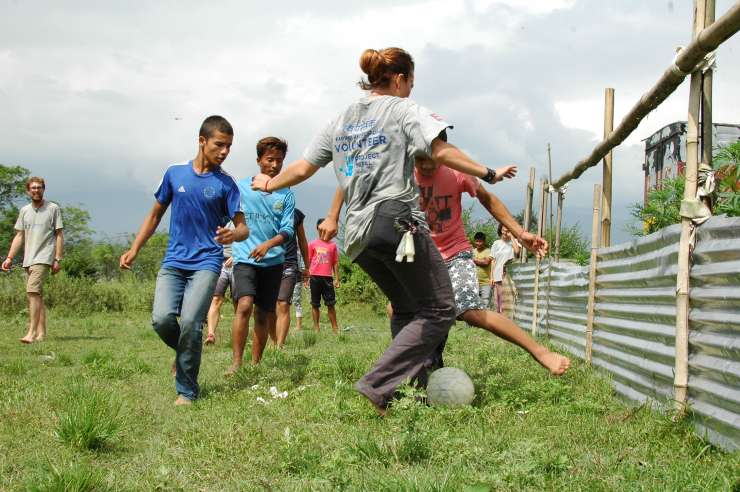 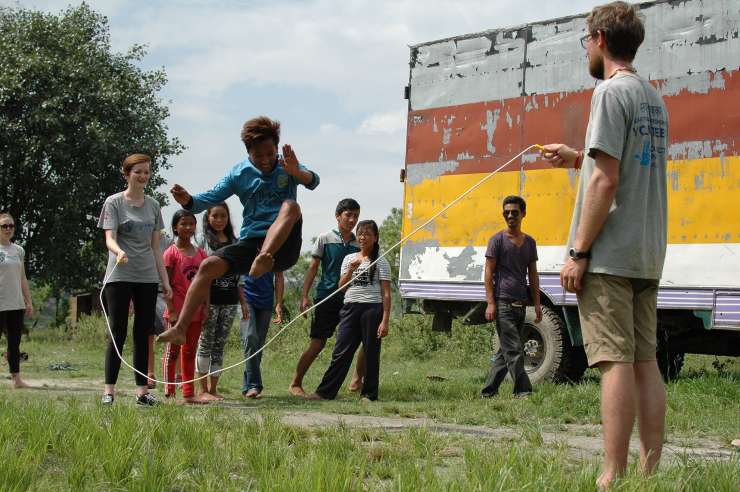